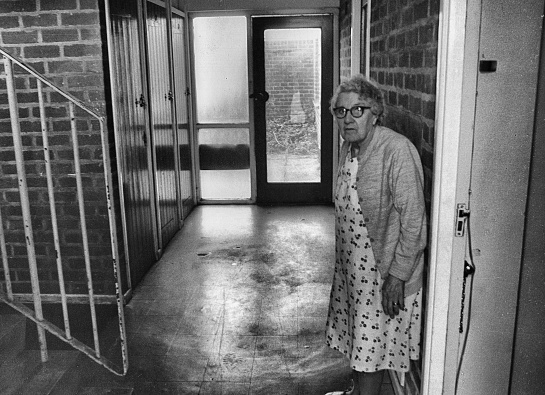 One of the pivotal decades of the 20th Century, the 1980s brought Britain, Margaret Thatcher and the Falklands War, the rise of greed and the fall of the unions. It was a decade of remarkable contrasts, that began with IRA hunger strikes and inner cities riots and ended with the invention of the World Wide Web. These were serious times, predating the arrival of Twitter and smart phones and the annoying banality of the ‘celebrity’ culture. Nuclear war was still a very real threat and the only bulwarks we had against Communism back then were Ronald Reagan and John Rambo!

During those early years I found myself living in Coventry, a city with a bad attitude and a pulsating ska soundtrack. This was the heyday of 2 Tone and bands like Madness, The Specials and Selector were making black suits and pork pie hats essential fashion accessories. Mods and skinheads were everywhere and street violence was at an all time high in the city. Meanwhile, around Britain, the inner cities were burning as copycat riots erupted across the urban landscape. And against this backdrop of inner city decay and urban fragmentation, The Specials released Ghost Town, one of the most iconic records of the decade. An anthem for a lost generation, it pretty much summed up the broken Britain of the early 1980s.

…It also gave me an idea…

At the time I was studying graphic design and was scratching around for an idea for a final year project that had some bite to it. One evening I happened upon a performance by John Cooper Clarke, a man described as…”a cross between Sid Vicious, Ken Dodd and Allen Ginsberg”. The ‘Bard of Salford’, he had an incredible talent for observation and regularly toured with the likes of the Sex Pistols, Elvis Costello, the Buzzcocks and Joy Division. His poetry was cynical, witty and very hard hitting and one piece in particular, Beasley Street, really captured the mood of the time.

That one poem became responsible for me spending weeks trawling through the urban underbelly of Coventry and Birmingham, hunting out the homeless and the desperate. I wandered the streets with a camera, searching out people and places that most folk tended to steer well clear of. On more than one occasion I found myself running through the streets, being chased by irate tramps and hungry dogs. By the end of those first few weeks I had rolls and rolls of black and white film and hundreds of still images, which I then spent even more weeks animating together to the Beasley Street soundtrack…the old fashioned way…25 frames a second!

…The only people with flash computers back then were NASA! That was over 30 years ago and many of the photos have rarely seen the light of day since. This was probably my first real attempt at any sort of serious photographic endeavour and a lot of the images reflect that. Their faults are many, but they do, I think, mirror the gritty reality of those early years. Looking back at them now though, it saddens me that the subsequent decades have seen little change for the better. Thatcher may be gone, but her legacy remains. Greed, apparently, is still good. Immigration and the Cold War are back with a vengeance…and Rambo, it seems, is still the only hope we have against the Russians! 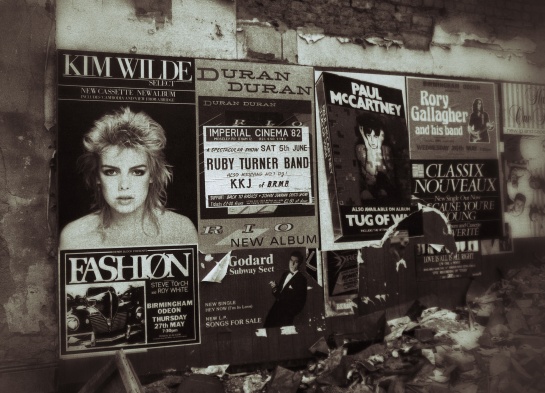 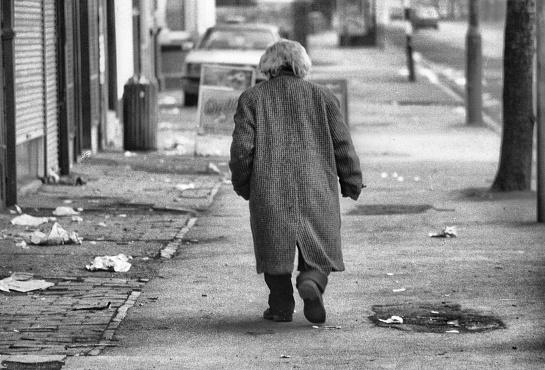