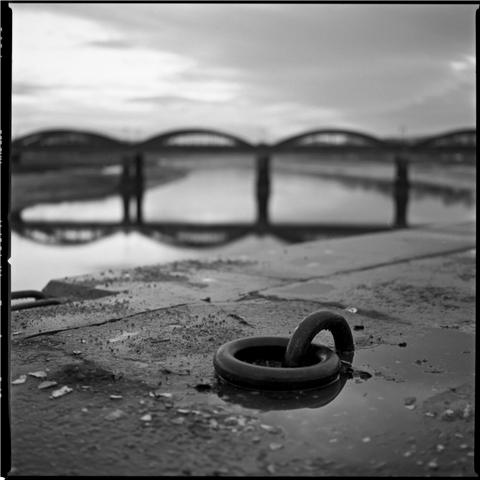 Two years ago, photographer Phil Kneen and myself set out to work on a project called ‘Harvest’, the story of a doomed Scottish fishing trawler and her 7 man crew, which went down with all hands in a raging storm off the Isle of Man in January 2000.

The idea had been to commemorate the 10th anniversary of the sinking in such a way as to tell the story from a completely different perspective, using the words of those most affected by the tragedy to recount the incredible story of what, is still, the worst maritime disaster to occur in Manx waters. The end project stirred up all sorts of emotions, reducing grown men to tears and testing mine and Phil’s friendship to the limit. It was a journey neither of us were sure if we could make again, but time, as they say, is a great healer……

And so, two years on, the creative juices are flowing again.

‘Life on the ‘Knife’s Edge’:
Tales from the Canadian Hinterland

Lying on the northern shores of the Great Slave Lake, some 500 kilometres south of the Arctic Circle, is Yellowknife, a city on the edge. This is frontier country, a land of ice road truckers and diamond miners, where you can enjoy the midnight sun, the AuroraBorealis and, apparently, the best fish and chips in Canada! The capital (and only) city in Canada’s remote Northwest Territories, it is also the subject for our next collaboration.